How Harmful is Over-Cooking Food?

Cooking food causes a series of chemical reactions that change the food to make it edible. Did you know the United Kingdom's Food Standards Agency launched a campaign against over-browning cooked foods? We all know how delicious a grilled steak or chicken is when you cook it so that the outside of the meat has slightly charred bits. The same occurs if you cook nicely browned roast veggies. While in Singapore on a recent holiday with my family I read an article in the 'The Straits Times' about the United Kingdom's new campaign against over-browning foods. So I started researching a bit further. I don't know if you are like me but I love the flavour of crusty bits on my BBQ meat and veggies, so I needed to discover whether this was anything to worry about or not. As it turns out, heat speeds up chemical reactions and this affects the food both in good and bad ways. Overcooking can affect the quality of food - firstly it makes food harder to digest and metabolize, and secondly, charred and burnt foods contain carcinogenic substances. However, there are ways to cook and reduce the negative affects. 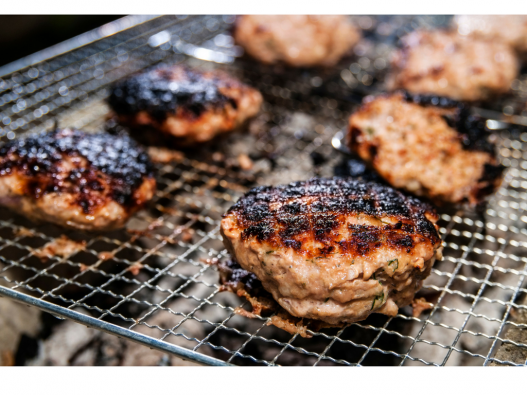 'The Straits Times' article written by Linette Lai, stated the UK Food Standards Agency was encouraging people to 'Go For Gold'. They want to raise awareness of the dangers of over-cooking foods (and it wasn't just about meats and roasted vegetables). The slogan "Go for Gold" is about encouraging people to aim for a golden colour or even lighter when toasting, grilling, baking or frying starchy foods too. Experts say the biggest concern is that over browned food generally contains cancer-causing chemicals. What makes these foods so tasty, are the chemical reactions that take place when they are cooked at high temperatures. Prof Henry director of Clinical Nutrition Research Centre in Singapore, stated in the article, that for starchy items like bread and potatoes, the sugars in them combine with proteins to create the enticing flavours and aromas we associate with toast or french fries. With charred meat the taste comes from the rearrangement of amino acids and sugars in the meat. Unfortunately, cooking carbohydrate rich starchy foods at high temperatures results in the formation of a chemical called acrylamide. Similarly, char-grilling meats creates compounds know as heterocyclic amines and polycyclic aromatic hydrocarbons (PAHs). 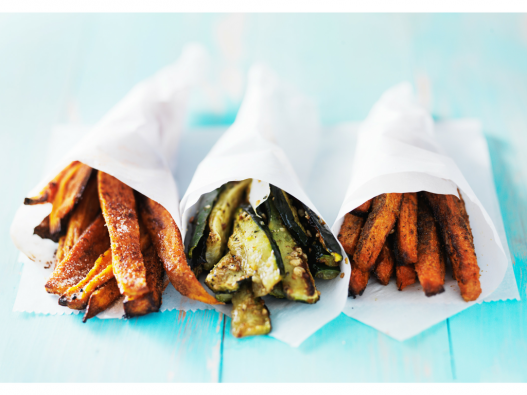 - Harder to Metabolize: It becomes more difficult to digest once it has been cooked above a certain temperature.

- Loses Nutrients: Generally, the longer you cook a food the more nutrients are lost and the longer it cooks more chemical reactions can occur.

- Contains Carcinogenic Substances: When charred on the outside certain foods can contain dangerous cancer forming properties.

There are no clear guidelines on the amount of charred and browned foods people can consume, but it's best to keep in mind that there is an increased risk of cancer when excessive amounts are consumed. Prof Henry stated in the The Straits Time, 'those who are really worried can take steps like cutting the crust off the toast before eating. He added that, interestingly, marinating meats can actually help to reduce the levels of cancer causing substances in foods and it's important we keep everything in moderation.'

After looking at several other articles, I see the ways to reduce health risks to your family is to only cook your food until golden not dark brown or burnt. Marinate your meats in either seasonings like garlic, olive oil or tasty combinations of citrus juice, vinegar, herbs, spices mixed with healthy oils. Research has shown that marinating just one hour before cooking is a healthier option when barbecuing meat. I will also start par-boiling starchy vegetables first before frying or roasting to reduce the time needed to brown them. 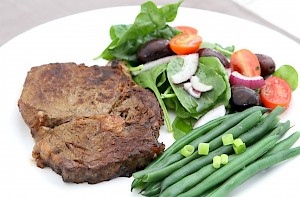 CORIANDER & LIME CHICKEN SALAD is a deliciously tangy marinade for chicken and also works as a dressing. 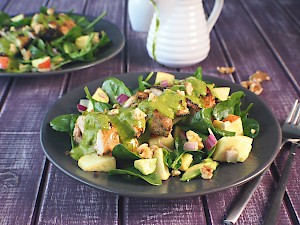 AVOCADO & MANGO SALAD with SMOKED PAPRIKA FISH the marinade in this dish gives a lovely full flavour to fish fillets. 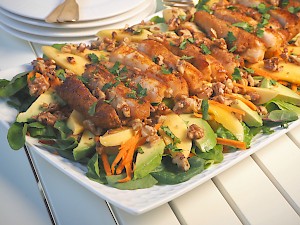 BASIL and LEMON PESTO is perfect spread on lamb chops and baked in the oven, just make sure it's left sitting for 1 hour before placing in the oven. 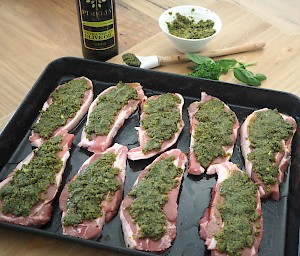 I love the flavour of BBQ and roasted foods but I will now make sure I don't burn or have dark crusty pieces on my food. I will be going for GOLD from now on.